Overnight on the night of the 2-3 August 2018, changes will be made to traffic movements on Ringway Road as we progress the works at the tie-in between Ringway Road and the A6 to Manchester Airport Relief Road (A6MARR).

As shown on the below plan, from the 3rd  August for a period of approximately four weeks: 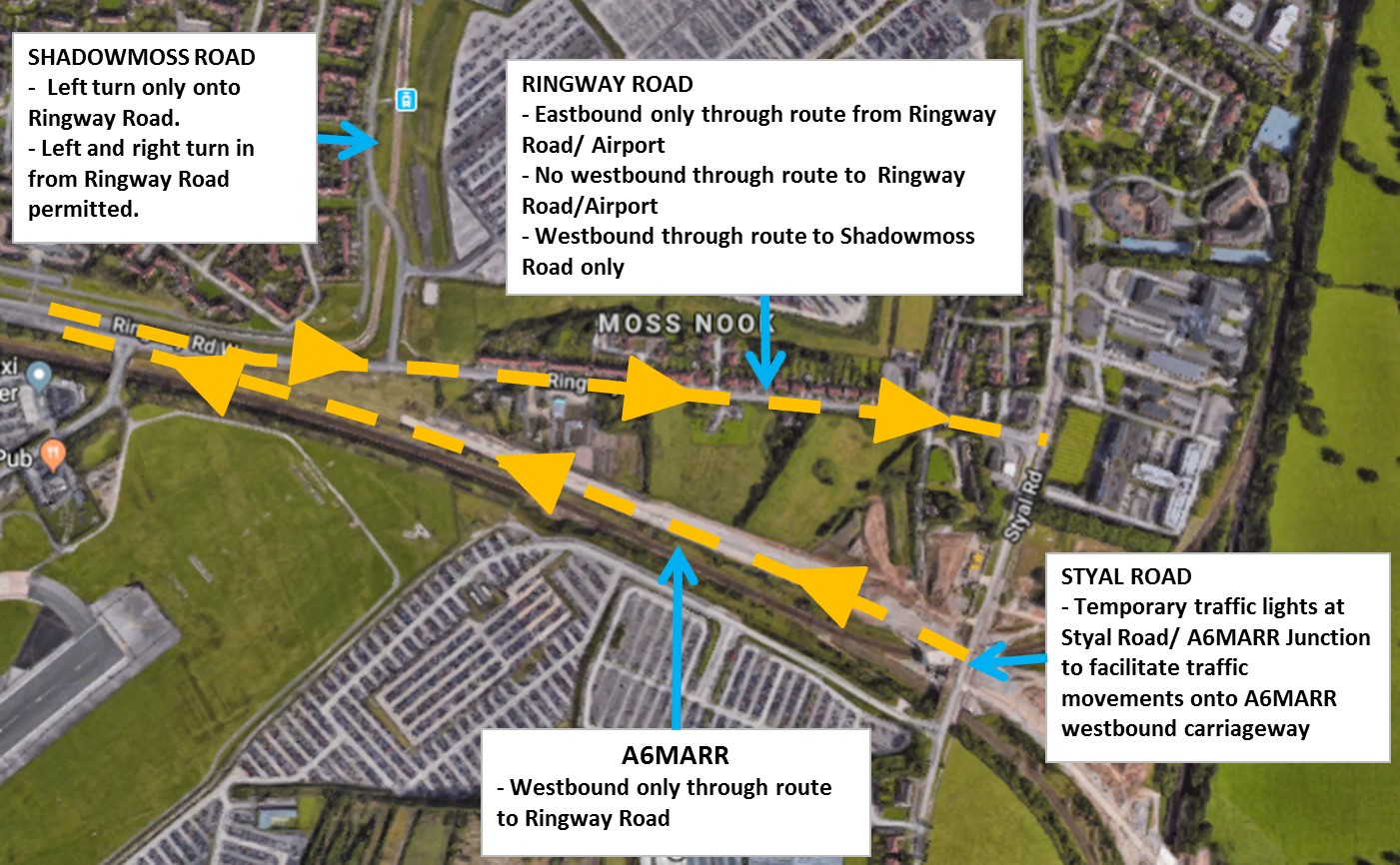 The temporary traffic management arrangements have been developed to keep disruption to a minimum while the A6MARR works progress and access to properties will be maintained at all times. We thank you in advance for your patience during this time.

Details of the permanent traffic arrangement s following the completion of the A6MARR are shown in the plan below. 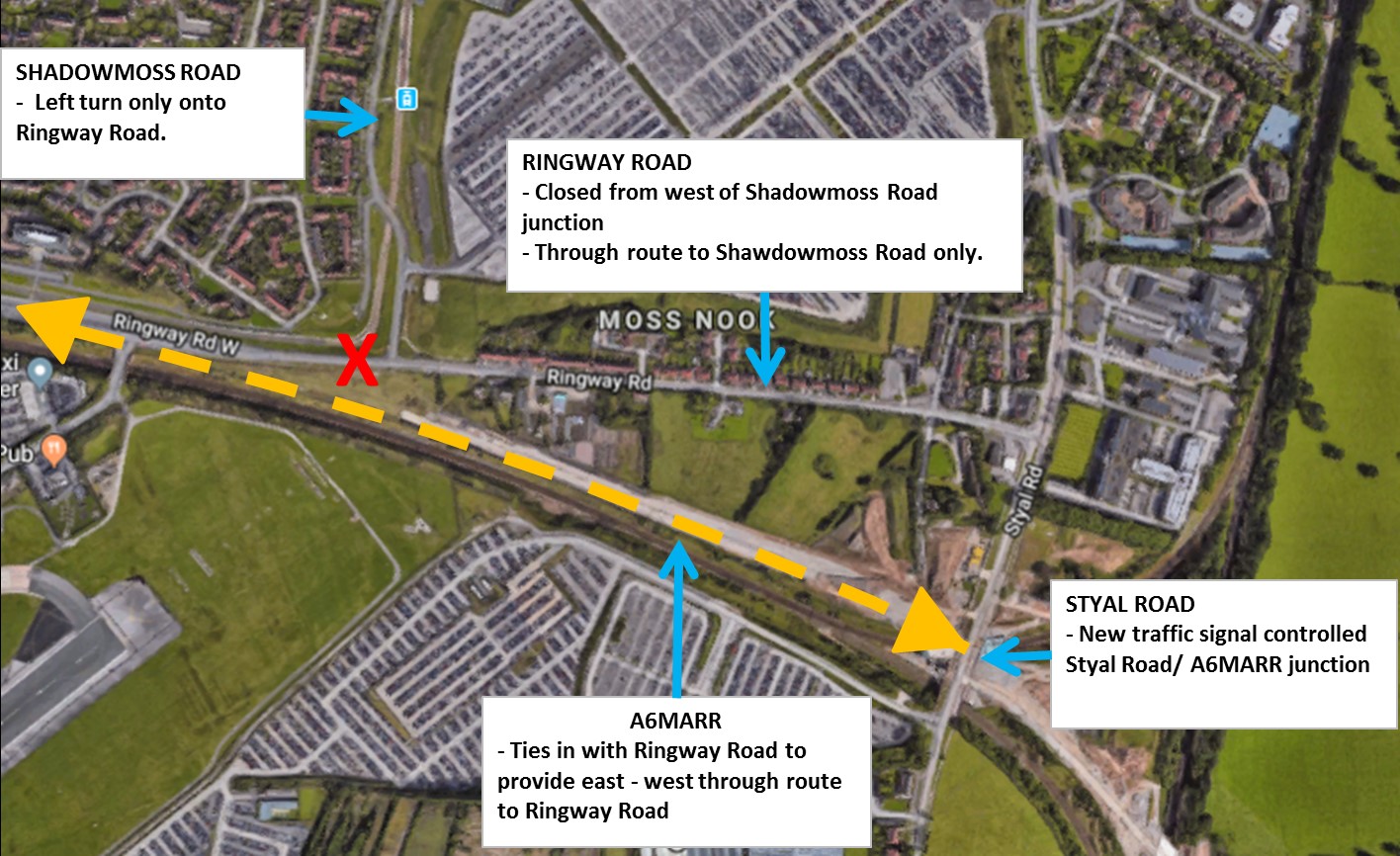